From Tehran to Baku – more than your average bus trip.

Monday 5 am. The bus had stopped on a back street. I had just checked my gps and realized that we were in Astara, the border city between Iran and Azerbaijan. Between Asia and Europe. We all got off the bus and the entire luggage was put in a corner of the restaurant that was just outside the bus. Inside the staff started to serve us breakfast. While I am sitting there still waking up I see bags of cigarettes in a corner. A man, the restaurant owner and money exchanger – and as it turned out, the cigarette smuggler – came up to me and asked if I wanted to take some cigarettes across the border. It was Monday morning all right.

Just as he asked me my breakfast was served. As it turned out, it was included in the ticket. I looked down on a pot of tea, an omelet and a big piece of newly baked bread. I turned to the man and politely declined is offer.

He gave up. Temporarily.

I had bought my ticket at the counter of the bus company at the western bus terminal in Tehran a couple of days earlier. It cost me 1,500,000 Rial, or about USD40. I thought it sounded like a great idea to take the bus from Tehran to Baku. A 12-hour ride thru the night, leaving in late evening and arriving before lunchtime. It all looked too good to be true. It was. On the evening of departure I got down to the terminal about an hour early. I was immediately called up to the counter and given a new ticket plus 750,000 Rial back. Now I knew I wasn´t get to Baku at 10 am. If at all. But everyone just said “it´s ok” and shuffled me along. I caved. I just went with it. I thought it could be a fun experience. I wasn´t due to work in another two weeks anyway.

Back in the restaurant I enjoyed my complimentary breakfast. I realized that almost all of my fellow travelers had accepted the offer. It was a well-run operation. When someone was given cigarettes, their picture was taken showing their face and the cigarettes. I assume that picture was sent to the people on the other side of the border, where cigarettes and money changed hands. This trade, as well as the persuasions, went on all the way up to the border. In fact, I was asked about three feet before I handed over my passport to the Iranian customs officer who was about to put an exit stamp in my passport.

The border passing itself was pretty straightforward. It seemed to be the only straightforward thing on this little trip. We all walked across the bridge over the Aras River, a river running from Turkey and Armenia before serving as a border river between Iran and Azerbaijan all the way out to the Caspian Sea. I remember thinking that about 30 years ago, this was the border into Soviet Union.

Both the Iranians and the Azerbaijanis ran it their respective side very professionally (apart from ignoring the cigarette smugglers, of course). Azerbaijani customs did however have an issue with my looks. Or: they thought I looked nothing like my passport picture. It took two officers about ten minutes to scrutinize my face and comparing it to the picture in my passport – and back again. It was a situation I had never been put in before, at least not at that length. They finally came to the conclusion that everything was in order and handed back my passport with “We have to make sure, sir. Sorry.” I have to admit I didn´t see that one coming.

One of the passengers on the bus, Sergei, had appointed himself my protector to Baku. But he had disappeared during the time my face was scrutinized. I looked for him while ignoring the taxi drivers that more or less attacked me when I took my first step on Azerbaijan´s soil. I felt like a superstar walking out of hotel lobby with hands grabbing on to my bags. I ended up hiding away in a street corner where Sergei found me after five minutes. We walked a bit further up the street and he pointed at a big Mercedes-Benz and said, “Taxi to Baku.” Evidently, the bus was no more. We got into the car along with an Iranian man and the 20-year-old driver took off.

The 3,5 hour ride to Baku became far more interesting than I had hoped for. I learned that in Azerbaijan speed limits are just random numbers beside the road, lanes are for suckers and it is better to speed over potholes than slow down (sometimes it works, sometimes it doesn´t). Also, keeping a distance to the car in front of you means opening up for the possibility of someone else getting in between, so you don´t. But we all got to Baku in the end. At 2 pm I checked in at my hotel, only about four hours later than I had hoped for. I lay myself down on the bed with the words “Just for five minutes”. I woke up 3 hours later.

I was ready for Baku.

This film is from the western bus station at around 9.30 pm on a Sunday night. I saw several signs of “no photo”, hence using the cell phone.

This film is taken outside the restaurant at six in the morning. The Iranian border is about 100 meters up the alley and in areas like that a lot of people get very nervous when someone brings up a big camera. 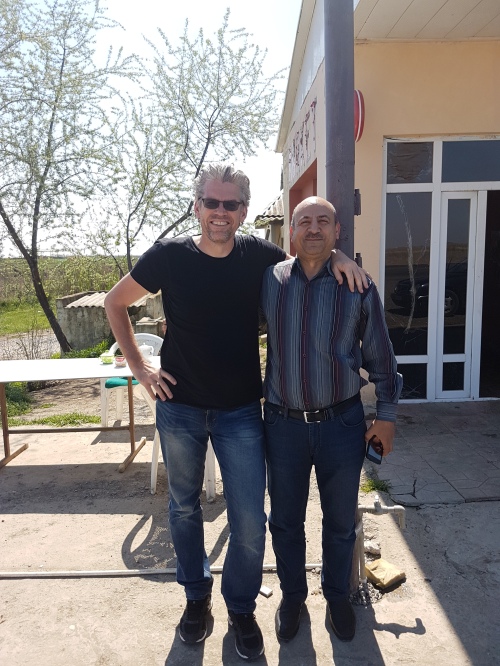 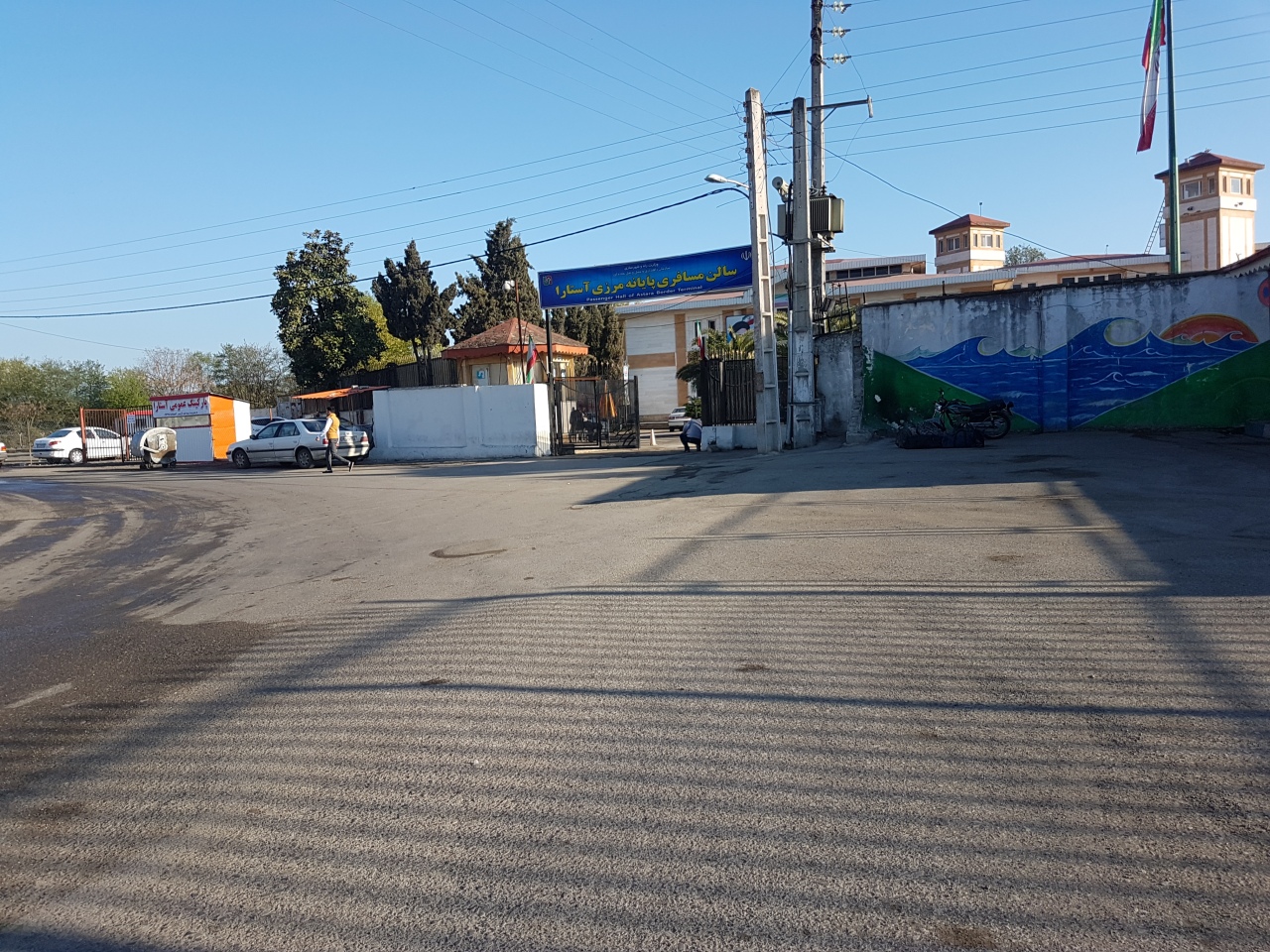 The Iranian side of the Astara border crossing